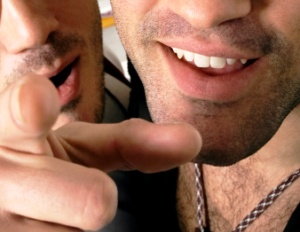 I feel confident in saying that the reaction elicited by a new study purporting to offer empirical data to support the hypothesis that homophobic people are often repressing their own same sex attractions, in progressive circles at least, was a resounding “well, duh.â€

A team of researchers from the University of Rochester, the University of Essex, England, and the University of California in Santa Barbara will publish the result of their study on the role parenting and sexual orientation play in homophobic attitudes, hostility toward homosexuals, and the endorsement of anti-gay policies in theÂ Journal of Personality and Social Psychology. Essentially what they found, through a series of psychological tests, is people who hold same sex attractions, though they self identify as heterosexual, and grew up in households with controlling parents that frowned upon homosexuality are more inclined to be resentful or bigoted towards gay and lesbian people.

As the lead author of the study, Netta Weinstein of University of Essex,Â explained toÂ Science Daily, “Individuals who identify as straight but in psychological tests show a strong attraction to the same sex may be threatened by gays and lesbians because homosexuals remind them of similar tendencies within themselves.â€ It’s a form of self-hate projected on others.

This comes as no surprise to those attuned to the struggle for equal rights in the LBGT community.—Written byÂ Mychal Denzel Smith for Ebony.com 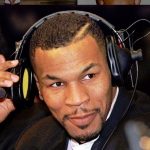 Mike Tyson: How He Earned (And Lost) a $300 Million Fortune