Updates From The Film and TV Industries 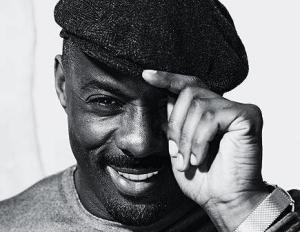 With back-to-back lead roles in the summer sports drama “When The Game Stands Tall,â€ (opening this week) and the critically-acclaimed war drama, “Camp X-Ray,â€ actor Ser’Darius Blain is a definite star on the rise. The Melbourne, Fla., native is currently in New Orleans wrapping filming of the comedy-drama “Maybe Someday.â€ Â Expect to see more of this next gen talent in the future.

With her creative talents on display in a growing list of successful films like “Pursuit OfÂ  Happyness,â€ “Dreamgirls,â€ “The Help,â€ “Django Unchained,â€ and “Captain America: Winter Soldier,â€ hairstylist Camile Friend is very much in demand on Hollywood sound stages. Having recently completed work on “Miles Ahead,â€ the highly anticipated bio-pic on jazz legend Miles Davis, Friend’s work will be seen next in “Hunger Games — Mockingjays Pts 1 & 2,â€ the highly-anticipated sequels to the international film franchise series.

Ellene V. Miles has launched Miles Media, a Los Angeles-based agency that specializes in multicultural film and TV PR & Marketing.Â  A 17-year industry veteran, Miles brings extensive experience to her craft as a pivotal player on the teams responsible for launching TV shows like “Girlfriends,â€ “Lincoln Heights,â€ “The Real Preachers of LAâ€ and “Ironsideâ€ as well as feature films such as “Collateral,” “Dreamgirls,â€ “Guardians of the Galaxy,” “The Hunger Games: Catching Fire,” “Captain America: The Winter Solider,” “Dawn of the Planet of the Apes,” and “The Expendables 3,” plus lifestyle brands Giant Magazine and America Magazine, among others. Congratulations, Ellene!

-Â Â Â  Filming has begun in Cabo San Lucas on Season 3 of “Tamar & Vinceâ€ for WE TV.
-Â Â Â  American Ballet female soloist Misty Copeland’s stock continues to rise. The film rights to her recent bestselling book Life in Motion: An Unlikely Ballerina, have been optioned by New Line Cinema with former choreographer turned producer Adam Shankman and Jennifer Gibgot alongside Phil Sandhaus as producers. Script chores are being handles by Stephanie Allain and Lenore Kletter, and the production will also cast a multi-talented young performer training to play the prima ballerina.
-Â Â Â  Congratulations to TV Academy governor Sharon Liggins on the success of the Dynamic & Diverse event that celebrates the importance of diversity on television. Held recently at the Los Angeles headquarters of the TV Academy, the now annual, “must-doâ€ affair attracted a strong group of television executives, professionals and talent.

Wesley Snipes, Alfre Woodard, and Al Freeman starred in the only narrative film directed by the late Maya Angelou. Its centerpiece was a family artifact called Harold and the film is called __________________?