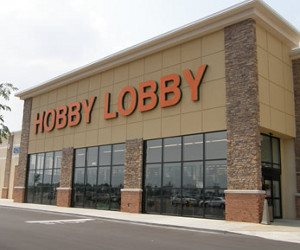 Hobby Lobby, the craft store owned by conservative Evangelical owners has been a strong opponent ofÂ  The Affordable Care Act Â also known as Obamacare. In September, the chain sued for the right to deny their employees access to affordable contraceptives. Last month, a federal judge ruled that Hobby Lobby must follow federal law and provide birth control coverage for its 13,000 employees, the company’s owners announced that they will break the law instead of provide contraception.

Hobby Lobby Stores, will shift the beginning of its employee health plan to temporarily avoid potentially millions of dollars in fines while its challenge to a federal mandate on emergency contraceptives proceeds. The shift will allow Hobby Lobby to dodge penalties for several months that are part of the Affordable Care Act, the company said Thursday. The health care law requires the company to cover the cost of the emergency contraceptives for its employees or face up to $1.3 million in fines each day it fails to comply with the law, beginning at the inception of their insurance plan year.

Company founder and CEO David Green considers some types of emergency contraceptives, including the morning-after and week-after pill, a type of abortion.

“Hobby Lobby will continue to vigorously defend its religious liberty and oppose the mandate and any penalties,â€ said the chain’s corporate general counsel Peter Dobelbower, in a statement. “Hobby Lobby does not provide coverage for abortion-inducing drugs in its health care plan.â€

Hobby Lobby declined to elaborate on how long the company will have before its new plan will start – when the federal mandate on emergency contraceptives coverage would kick in.Â  According to the Affordable Care Act, the firm could face potential penalties of up to $1.3 million a day.

Student, Recent Grad, Young Professional: Get in Gear For Your Next Career Move