His Finance Tech App Won Half a Million Dollars 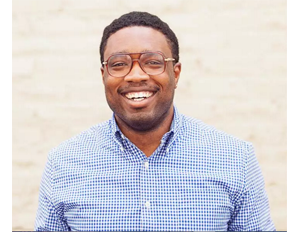 Ace Callwood won $500,000 for his app, Painless1099, which helps freelancers and independent contractors deal with the hassles of tax withholdings.

It’s a simple, brilliant, and much-needed solution. More than one-third of Americans do either part-time or full-time freelance work. These jobs include ones in the sharing economy model–working for companies such as Uber and Lyft.

Awarded at the 2015Â 43North Business Competition, Painless1099 automatically withholds taxes based on user information and then deposits what is safe to spend to the user’s personal checking account.

The app provides independent contractors a way to focus on their work and avoid unexpected IRS bills.

Callwood previously co-founded another tech startup, Coffitivity, an iOS and Android app that recreates the ambient sounds of a cafe to boost creativity and gain productivity. PC Magazine named it one of the top 100 websites in 2013 .

In addition, Callwood is a business consultant and entrepreneur-in-residence at the Virginia Commonwealth University School of Business. He has a degree in entrepreneurship.

The idea for Painless1099 came after Callwood and his partners launched Coffitivity. “I was thinking about monetizing that user base,â€ says Callwood in reference to the millions using Coffivity.

“In talking to our users, we found a fair amount of them were independent contractors getting into tax trouble,â€ Callwood said. As founders, he and his partners had run into the same issues themselves.

“Hey, we are guys who know this space very well,â€ says Callwood, and he and his partners set about creating Painless1099.

The team raised an initial round of $100,000 in angel investing funding; “friends and family funding,â€ Callwood says.

Through Lighthouse Labs, a Richmond-based tech accelerator, they acquired a $20,000 grant. They also received $50,000 from Kapor.

Currently, Painless1099 is a web app in public beta. Users receive tax withholdings for free. Once the app is out of beta, that will become a subscription service offering and there will be premium services available as well.

Why Numbers Matter Under ESSA

Summer Workwear: 7 Questions To Help You Decide What to Wear to Work