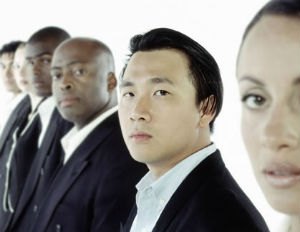 General Electric, Xerox and General Mills have a message for U.S. courts: Hiring more women and minorities is good for profits.

That trio was among 57 large corporations that urged the U.S. Supreme Court to uphold affirmative action in college admissions this week. Now, with the University of Texas case handed back to a federal appeals court, they want to protect the programs that have provided an increasingly diverse talent pool.

Chief executive officers are weighing in as they try to build work forces to match shifting U.S. demographics. Private employers account for more than 80 percent of U.S. jobs, and they will fill future positions from a population that the U.S. Census Bureau projects will tip to a non-white majority by 2043.

Video Interviews: How to Use Body Language to Land the Gig