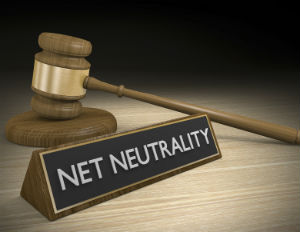 What is net neutrality? It’s the idea that Internet access, be it broadband, DSL, or even dial-up, should remain open and not subject to manipulation or the whims of Internet service providers (ISPs).

The court maintained that ISPs must not engage in “unjust or reasonable discrimination in charges, practices, classifications, regulations, facilities, or services,â€ in regards to Internet access.

ISPs, such as Comcast and AT&T, have been against such a ruling for years and are vowing to fight it. These providers and critics of upholding net neutrality, make the dubious claim that it will cripple innovation in the broadband industry.

The more jaded view as to why service providers are so against Net Neutrality is that they are now not as able to hold customers as hostage to whatever pricing, data speed, and content models they set.

In other words, they stand to lose money–which amounts to pennies, when you take into consideration the obscene profits of telecommunications companies in the last several years.

Why This is a Good Thing

President Obama has been a staunch supporter of net neutrality.

“An entrepreneur’s fledgling company should have the same chance to succeed as established corporations, and that access to a high school student’s blog shouldn’t be unfairly slowed down to make way for advertisers with more money,â€ is his administration’s position.

And that’s what’s at stake; while it is in a provider’s best interest to offer speedy, high-performing Internet no matter what level of service a customer pays, they cannot deliberately manipulate Internet traffic to their advantage.

Imagine if Verizon or AT&T purchased an online news site. Prior to this ruling, those companies could conceivably make customer’s traffic to the news site they own faster and better-performing than to competing news sites. That’s unjust.

Internet service providers have power and money. They are likely to not take the ruling quietly. But today, the U.S. Appeals Court and the FCC had our backs.

Are Women Better Leaders than Men?

Amazing New Exhibit Showcases Langton Hughes In His Own Words