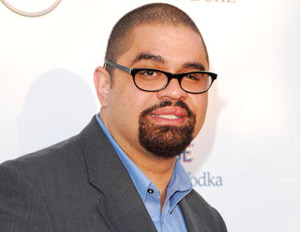 On November 8, 2011, hip-hop pioneer Dwight Myers, known to music fans as the front man for Heavy D & the Boyz, died after collapsing from chest pain near his Beverly Hills residence at the age of 44. His passing came just a day after news of iconic boxer Joe Frazier‘s death.

During the course of his diverse career, Heavy made waves as an artist and went on to serve as an executive at Uptown Records and Sean John (big and tall line). He also had a budding acting career; most recently appearing in Eddie Murphy‘s Tower Heist. Releasing a new album, Love Opus, earlier this year, Heavy wowed fans with his closing performance at the 2011 BET Hip-Hop Awards, which was well received by music lovers both young and placed him on the verge of a major comeback. Sadly, those plans never came to fruition.

In what was one of Heavy D’s final interviews, V103 Atlanta radio personality Ramona Debreaux and comedian Chris Spencer spoke with the legendary entertainer shortly after he left the Hip-Hop Awards stage. BlackEnterprise.com secured footage of this exclusive sit-down, where Heavy D reminisced about his favorite artists, the global impact of hip-hop, and his own mortality, while flipping through the pages of the new coffee table book, Hip Hop, A Cultural Odyssey.

How I Did It: Chef Goes Mobile with Food Truck

8 Things Every Athlete Should Know Before Going Pro