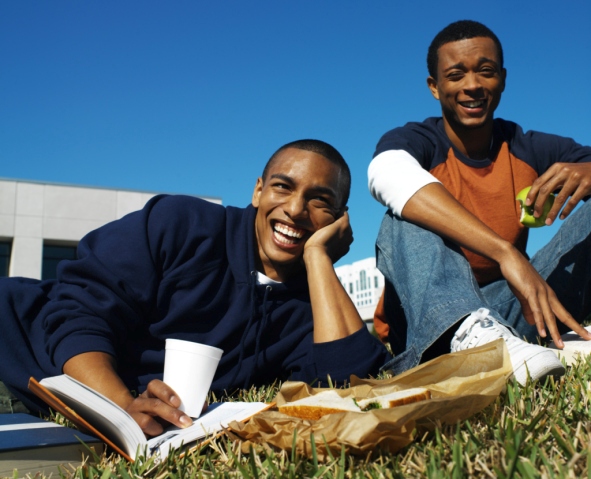 Buy off campus. Nearly all school supplies sold in on-campus book stores are more expensive than in stores located in town. â€œIf possible, especially when you are making bulk purchases, make the trip off campus to buy school supplies,â€ recommends Jesse Ryan, managing director at Accounting Principals. â€œSometimes local vendors even sell campus spirit wear for nearly half the price,â€ he adds.

The report takes a look at the post-graduation outcomes of a broad sampling of American college graduates to determine how they measured their own well-being, defined as physical health, social relationships, finances, goal achievement, and community engagement. The researchers then categorized individuals as either thriving, struggling, or suffering in each area. The method is highly subjective, but there were some noticeable differences, especially when it came to black college graduates: graduates of HBCUs ranked their well-being higher in all five areas than their black peers who attended predominantly white institutions. Additionally, HBCU alums were more likely to say that they’re engaged and fulfilled at work and ranked significantly higher in measures of financial success and fulfillment than black grads who went to other schools.

This achievement is notable for HBCUs given the struggles that black Americans continue to face when it comes to completing college and finding gainful employment afterward, compared to graduates of other ethnicities. Black students areÂ less likelyÂ than other ethnicities to complete a bachelor’s degree within six years. They also have a higher unemployment rate after graduation. When compared to other races in the Gallup poll, black grads ranked lowest on every measure of well-being except for social relationships. Black women ranked the lowest in most measures of well-being.

Part of the reason may be the education that HBCU students received while enrolled: HBCU grads were substantially more likely to say that they had professors who cared about them and mentors who helped them pursue their goals.
Read more at the Atlantic.Â

This Weekâ€™s Highlights: The Best and the Brightest