Has Black History Month Been a Failure? 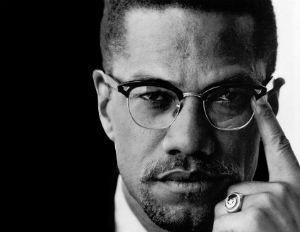 Malcolm X was fond of saying, “Our history did not begin in chains.” Yet every year that’s where Black History Month lesson plans in schools across America begin. They begin telling the story of our history — black history — in chains.

Young black school children don’t learn that our people mapped, calculated and erected some of the greatest monuments ever, like the pyramids, the sphinx and the obelisks (after which the Washington Monument is modeled) or that our people were literally the lifeblood of some of history’s greatest civilizations. They don’t learn that calculus, trigonometry and geometry all trace their origins back to African scholars.

Black History Month lessons never begin with Haile Selassi I, ruler of Ethiopia, who could trace his ancestry to King Solomon and the Queen of Sheba and beyond that to Cush in 6280 B.C. Never mind that Selassi actually has the most ancient lineage of any human being in history.

Black History Month lessons certainly never begin with one of the greatest conquerors the world has ever known, Hannibal, an African who conquered and extended the rule of the Carthaginian Empire into Italy, Rome and Spain. Most school children (and most adults, truth be told) don’t even know that Carthage, Hannibal’s homeland, is in Africa.

The lessons about our history don’t even begin with the kingdoms of Mali, Songhai, Cush or Ghana, all of which rivaled the dominance and territorial acquirement of ancient Greece or Rome. They don’t begin by teaching school children about the ancient Egyptians, who were clearly black Africans and who had arguably the most influential civilization of all time.

Ever heard of the Ishango bone? What about the Lemobo bone? They’re only two of the most important developments in the history of mathematics. The Lemobo bone, dating back to around 37,000 B.C., was one of the first calendars ever created and the Ishango bone has been called “The oldest testimonial of numerical calculus” in human history. Both were created by Africans.

Black Comedians Who Paved the Way for Today’s Stars