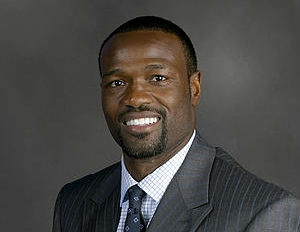 MLB Network's Harold Reynolds will join the MLB on Fox.

When Joe Morgan left ESPN’s Sunday Night Baseball, it left something of a void when it came to diversity in the ranks of national weekly sports broadcasts. On Monday, Fox Sports announced it was hiring veteran announcer and broadcaster Harold Reynolds. He’ll join Joe Buck and veteran journalist Tom Verducci in the booth and the trio’s first broadcast will be on April 5 when the Los Angeles Dodgers play the San Francisco Giants.

Reynolds will keep his job with the MLB Network, where he serves as a studio analyst on the network’s various platforms. Prior to joining MLB Network, Reynolds starred on TBS baseball programming, covered the Mets for SportsNet New York and served as an analyst for MLB.com.

Reynolds, a two-time All-Star and three-time Gold Glove Award-winning infielder, rose to television stardom on ESPN. For nearly ten years he was a staple on ESPN’s Baseball Tonight, Sunday Night Baseball, and the network’s All-Star Game and postseason coverage.

“Replacing an icon is never easy, and there is no doubt Tim McCarver revolutionized televised baseball analysis,” John Entz, Fox Sports Media Group’s executive vice president of production and executive producer (and former MLB Network executive) said. “We’re convinced that in teaming Joe with Harold and Tom, we’ve built a crew with an all new dynamic that is as fresh, informative, opinionated and very entertaining. Each is extremely talented and brings a unique voice and role, and we look forward seeing this team’s chemistry develop throughout the season.”

Former Chicago White Sox first baseman Frank Thomas will join the network’s pregame studio broadcast as an analyst. He had been a studio analyst for Comcast SportsNet Chicago since his retirement in 2010. Thomas, 45, hit .301 with 521 home runs, 1,704 RBI, five All-Star Game appearances, and two MVP awards over his 19-year career.

Women of Power: Pushing Past Fear To Make Your Next Career Move

The Road Traveled Alone: How Millennials Can Find Motivation In Challenging Environments