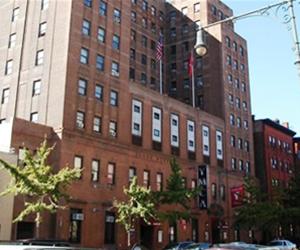 Gentrification has taken place in every part of New York City, but few places have felt it as intensely as Harlem. The same abandoned homes on avenues once deemed unsafe to walk down are now selling for millions. Demographics, tastes and prices are changing for better and for worse at the same time.

With this in mind city officials, real estate developers and executives from various industries met at a conference hosted by the Harlem Park to Park Initiative to discuss the future of Harlem. Included were Ilya Braz, vice president of GFI Capital Resources, the group behind the boutique Ace and Nomad hotels, and R. Donahue Peebles, CEO of the country’s largest African-American real estate development company.

Tren’ness Woods Black, the third-generation owner of Sylvia’s Restaurant wondered if growing nightlife was a potential problem with the resurgence of residential development in Harlem.

Robert Bookman, a registered NYC lobbyist stated “When done properly, hospitality will add vibrancy and will drastically increase value to an area, including real-estate value.â€

The rapid rise in both nightlife and housing developments drew comparisons to Williamsburg and the Lower East Side, both tight-knit residential communities that were transformed into lively nightlife destinations. Bookman went on to reference Soho as an example of this resurgence, an area where the rise in real estate value came at the expense of the areas’ cultural and artistic identity.

Mr. Peebles feels Harlem will avoid this lost of identity.

“I think you have long-term property owners and long-term business owners here, and its got a cultural history. You look at areas like Tribeca and Soho, they didn’t have the same kind of deep cultural story.â€

All in attendance agreed that it’s important to keep the historic neighborhood’s cultural bonds with the past and present intact.

“That’s one of the reasons why I was speaking here today. To try and encourage and excite entrepreneurs as to what can happen here. I think people coming to Harlem are definitely coming for a different vibe.â€