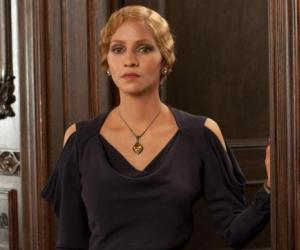 In her latest movie, Cloud Atlas, Halle Berry portrays an African during slavery; the wife of a famous 1930’s Belgium composer; a young, investigative journalist in San Francisco chronicling the volatile scene in the 1970’s; an Indian party guest in present times; an Asian doctor in a future-esque metropolis; and a superhuman following the end of time.

The movie attempts to dispel preconceptions associated with age, race, class and gender by casting the actors in all roles, and challenging assumptions about identity.

“I love the totality of all the characters,â€ Berry explains. “To be an old native in the 1800s, and then go to be, you know, this extra-terrestrial kind of like being from another planet that came down to help this other group of people. I felt like it was such a diverse group of people that I got asked to play.â€

Read the interview at The Grio

Are you ‘Extreme Couponing’ or Just a ‘Hoarder’?