Halle Berry is Having a Baby Boy With Olivier Martinez 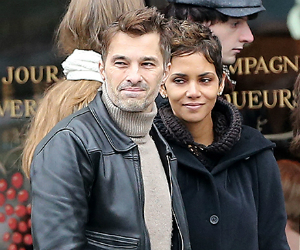 It looks like Nahla is getting a baby brother!

Halle Berry and her current love, Olivier Martinez, are expecting a baby boy. As The Inquisitr reported,Â  Martinez confirmed that, “My son will be an American, but I remain French,â€ he said.

Halle Berry has recently stated that it was totally unexpected. “I was at the doctor’s when they told me and I was completely shocked,â€ Berry told Hello! magazine last month. “I didn’t see it coming. I went to the doctor because I thought I had kidney stones or something.â€

This will be the second child for the 46 year old Berry. She has a 5-year-old daughter, Nahla, with her ex-boyfriend Gabriel Aubry.

Although the gender of the child was revealed, there has been no reported due date for the boy.

Month of the Man: 3 Steps to Startup Success for Tech Entrepreneurs