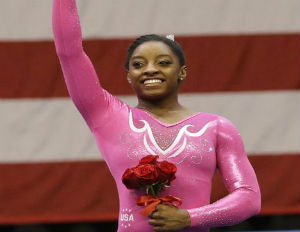 Gymnast, Simone Biles, won her third-straight national title on Saturday at the P&G Gymnastics Championships according to Team USA.

[Related: The Rise of Female Coaches in Men’s Sports]

She became the first American woman in 23 years to win three national titles.

“It’s really exciting; I keep shocking myself every year, it’s weird,â€ she said to USA.

The last woman to win three titles was Kim Zmeskal. She won heading into her first Olympic appearance, a feat Biles is now looking to take on at next year’s Rio 2016 Olympic Games.

“It’s amazing just because I know she took the same path and it led her to the Olympics, so I feel pretty good knowing I’ve achieved what she’s achieved,â€ Biles said of the 1991 world all-around champion.

Though Biles, finished the competition strong on Saturday, her beginning was a bit shaky. Due to, what was believed to be nervousness, she fell off the balance beam during Wednesday’s practice session, more than once–but, fortunately, was able to redeem herself and gain the points needed for the win.

Take a look at Simone Biles killing her floor exercise at P&G Championship: 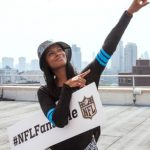