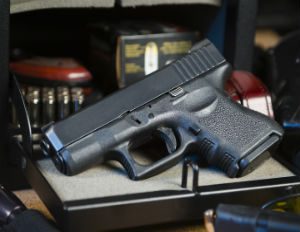 In the wake of the shooting rampage in Orlando, Florida, Democrats have sought to renew the debate over gun control in Congress. It is an understandable response to the senseless killings that stunned the nation.

Yet, for 25 hours beginning on Wednesday and stretching into Thursday, Democrats in the House engaged a high-profile stunt that appeared to do little to genuinely advance that debate in Congress.

In defiance of House rules, Democrats engaged in a raucous sit-in that they broadcast around the country using social media, including Twitter’s Periscope, after official television coverage of the chamber’s session ended.

When it was over, Democrats declared the protest a success, arguing that it had brought attention to the problem of gun violence in the country. But all this theater really did was draw attention–yet again–to the hyperpartisan atmosphere in Washington.

The nation’s capital has devolved into a place where both major political parties dig into their positions to make appeals to the most partisan and ideologically driven parts of their base.

It is a place that no longer rewards moderates in either party who are willing to find common ground with the other side on the major issues that divide the country, including gun control.

Democrats said that they had to wage their protest to underscore the failure of Congress to approve gun-control legislation despite the string of mass shootings that have occurred in recent years.

The frustration of Democrats apparently came to a head this week when the Senate defeated four gun-control proposals, two backed by Democrats and the other two by Republicans.

“The American people are with us and people around the world are with us,â€ said Rep. John Lewis, a Democrat from Georgia who helped engineer the protests.

Yet if the Republican response is any measure, not much is going to change.

House Speaker Paul Ryan, a Republican from Wisconsin, eventually took control of the chamber and pushed through a major appropriations bill before adjourning the House.

He then accused Democrats of politicizing the Orlando shooting, going so far as accusing them of staging the sit-in as part of a fundraising ploy in an election year.

“If this is not a political stunt, then why are they trying to raise money off of this? Off of a tragedy?â€ Ryan said, with a fundraising solicitation from a Democratic Congressional Campaign Committee in his hand.

Anyone concerned with solving the complex challenges confronting our nation cannot feel good about this latest display of partisanship in our nation’s capital.

A Millennial’s Financial Guide to Saving for #BEGT

This Kind of Mindsets Lead To Peak Performance in School