Greg Gumbel Says 2014 Final Four Could Feel Different For Him 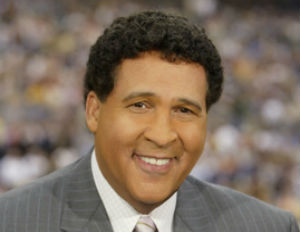 For the better part of CBS Sports’ lucrative and award-winning rights to the NCAA mens basketball tournament, Mr. Gumbel has been a fixture as the network’s lead host for the Final Four.

This year, TNT will televise 13 games in all, including the two national championship games in North Texas. The two Final Four games will be broadcast across TBS, TNT and truTV, and the national championship game will be on CBS. Ernie Johnson is the lead studio host now and will work with with analysts Charles Barkley, Kenny Smith and Clark Kellogg, who returns to the studio after calling the games with Jim Nantz.

For his part, Mr. Gumbel said he knew the time was coming.

Just not as the lead host, a role that Mr. Gumbel, 67, has held for a number of years.

Will it feel different?

“It might,â€ admitted Mr. Gumbel, the lead host of the Final Four for 16 consecutive years. “You know, we haven’t gone through it yet. But will it be drastically different? No.â€

The other major move will see Greg Anthony move to the floor and analyze the game alongside Mr. Nantz and Steve Kerr. Just as Mr. Anthony said Mr. Kellogg offered him perspective on what was to be a new experience, Mr. Gumbel said he helped Mr. Johnson when Turner Sports and CBS first joined forces.

“We did that a couple of years ago when Ernie first came on,â€ Gumbel said. “When he first arrived I said, That this is how you basically go through the day because that first weekend of the tournament is just killer. But I walked him through it and he’s done it a couple of years since.”

Mr. Gumbel insinuated that his job as Mr. Johnson’s advisor is done. 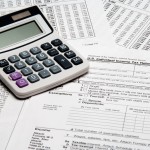