Got Milk? Dairy Prices May Soar in the New Year 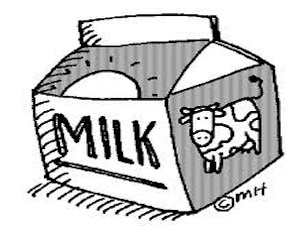 With all of the focus on the fiscal cliff, Congress has neglected to pay attention to other important matters — one being the agriculture bill, which if left unattended could push dairy prices past the $7 mark.

The bill, which states that the government will buy dairy products if the price gets too low, expired in summer 2011 and Congress can’t agree (surprise, surprise) on what should go into a new bill. Many provisions that protect farmers have already expired and many more, including the dairy subsidy, are set to expire if Congress doesn’t get its act together.

See, the bill will revert to a 1949 statute that will force the government to buy milk at double the cost, which will trickle down to consumers. Milk is currently averaging $3.65 a gallon.

“Consumers are going to be a bit shocked when instead of seeing $3.60 a gallon for milk, they see $7 a gallon for milk. And that’s going to ripple throughout all of the commodities if this thing goes on for an extended period of time,” said U.S. Secretary of Agriculture Tom Vilsack told CNN’s Candy Crowley.

For more on how the rising cost of milk will affect the economy in myriad ways, head to CNN Money.