Google Chairman 'Pretty Sure' Your Data is Safe - Black Enterprise 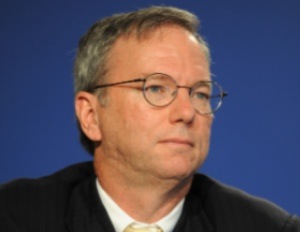 Eric Schmidt has led the charge on data encryption in the wake of the NSA reveal.

He also discussed the growing economic disparity and mounting tensions in the city of San Francisco, Google’s home base.

According to CNBC, Schmidt said that Google was already working on a solution to improve its data encryption systems after the attacks from the Chinese in 2010.

Edward Snowden’s reveal in 2013 that the US government was essentially wiretapping the Internet forced Schmidt to make the encryption improvement a priority. “We were attacked by the Chinese in 2010 and the NSA in 2013,” Schmidt said at the event. “We are pretty sure the information that is inside of Google right now is safe from prying eyes, especially the government. We think your data is very safe.”

As for the backlash to Google and other Silicon Valley workers, Schmidt thinks it’s a growing concern. “We are very, very worried about this issue and the data suggests that the problem could get worse,” Schmidt said. He did however say that progress was inevitable, and things may get worse before they get better.

The Need To Read: Neglect It At Your Own Risk