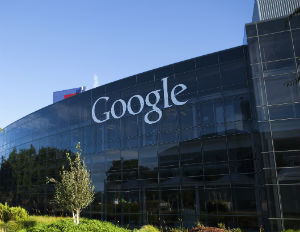 A 60-year-old man and 50-year-old woman have filed separate lawsuits accusing Google of discriminating against older people in its hiring practices.

The lawsuit summarizes the case by stating, “Google has engaged in a systematic pattern and practice of discriminating against individuals (including Mr. Heath) who are age 40 and older in hiring, compensation, and other employment decisions with the resultant effect that persons age 40 or older are systemically excluded from positions for which they are well-qualified.â€

According to Fox News,Â “The anti-discrimination suit was filed last year by Robert Heath and alleges that Google ‘engaged in a systematic pattern’ and practice of discriminating against individuals (including Mr. Heath) who are age 40 and older in hiring, compensation, and other employment decisions. […]Â Heath, who was seeking a software engineering position, had highly pertinent qualifications and experience, and a Google recruiter even deemed him a ‘great candidate.'”

The lawsuit alleges that Heath was personally contacted by a Google recruiter, informing him that, “Google was in the process of embarking on its largest recruiting/hiring campaign in its history […] After reviewing your experience, I thought you would be a great candidate to come work at Google and add value.” Nevertheless, the company did not hire him.

Furthermore, the lawsuit’s allegations claim that after Heath’s interview with a particularly nasty software engineer, “On information and belief, Google failed to hire Mr. Heath and other members of the putative class, in favor of younger applicants under the age of 40 […] Google, with respect to its hiring decisions and other terms and conditions of employment described herein, discriminates against job applicants and workers who are age 40 or older.â€

Cheryl Fillekes, a 50-year-old programmer, was invited back to Google for second interviews on four separate occasions, but was never hired on.

Fox NewsÂ reports that Google has had a history of age discrimination lawsuits. In 2011, an age discrimination lawsuit filed by former Google executive Brian Reid was settled for undisclosed damages.Â Former Twitter employee Peter Taylor filed a lawsuit against the San Francisco-based firm in 2014, alleging that he was fired for being too old. This case was settled last year.

Innovation and Opportunity Merge at the 2016 TechConneXt Summit