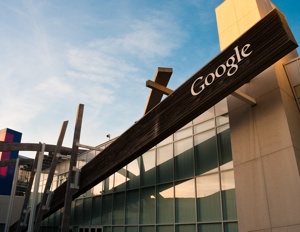 Google's pretty hush about its search algorithm, which it constantly adjusts to keep spammers from gaming the system.

Thanks to Google’s tweaking of its search algorithm, one of the most informational sites online is losing revenue, and dangerously close to shutting down.

In a post addressing the state of MetaFilter, Matt Haughey, founder of the site, addressed the decrease in revenue and its effects. “The long-story-short is that the site’s revenue peaked in 2012, back when we hired additional moderators and brought our total staff up to eight people,â€ Haughey says. “Revenue has dropped considerably over the past 18 months, down to levels we last saw in 2007, back when there were only three staffers.â€

The site was seen as a more civilized Reddit before the site existed, where moderators helped to control the discussions held by users.

According to Haughey, the site had been steadily growing over the past 13 years, but it all ended two years ago. Traffic fell about 40%, in line with revenue, and kept decreasing over the next year. The decrease in revenue and traffic forced Haughey to lay off several staff members.

MetaFilter is trying to raise funds through other ways, but most solutions are only stopgaps to the actual problem: a more consistent stream of revenue.

“We’ve considered fundraisers, Kickstarters, and Pro Accounts, but none of the numbers add up,â€ Haughey says. “Kickstarter specifically forbids campaigns for websites that are primarily about social networking and KS is also a one-time band-aid solution to a problem that is ongoing. On the subscription payment idea, even if 10% of the userbase started paying a few bucks a month for extra Pro-level features, we’d still be coming up thousands of dollars short each month.â€

Corporate Life: How to Leave On Your Own Terms