Golf and Tennis Challenge: MC Lyte Set to Light it Up 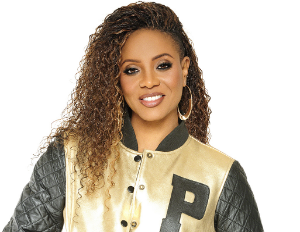 There is a first time for everything, but the first rap artist ever to perform at New York’s historic Carnegie Hall, the first female rapper to ever receive a gold single, the FIRST female solo rapper ever nominated for a Grammy, the first solo female rapper to be honored/inducted on VH-1’s HIP HOP HONORS, and the first African American female to serve as the President of the Los Angeles chapter of the Recording Academy (Grammy Organization) all belongs to the incomparable, the legendary, MC Lyte.

With a career spanning over 20+ years, MC Lyte took the music industry by storm, busting through the doors of a male dominated hip-hop boys club, putting both feet up on the table, then kicking back to watch herself make history.

This feminist icon as broken barriers, and sustained an acclaimed career with grace and aplomb. With an 8 album discography, spanning from 1988-2015, toting hits like Poor Georgie, Paper Thin, Keep on Keepin’ On, Ruff Neck, Cha Cha Cha, Cold Rock a Party, and more, and more, and more, MC Lyte personifies what it means to be a living legend.

Not only has she experienced immense success in music, she is also an author, actress, voice over artist, philanthropist, speaker, and DJ. Needless to say, Lyte doesn’t take making an impact lightly at all.

The industry pioneer will be heading to Palm Beach Gardens Florida, Labor Day Weekend, September 1st-4th, at the PGA National Resort & Spa, to rock with Black Enterprise at the 2016 Black Enterprise Golf & Tennis Challenge. If you need any convincing reason at all to be there, see below. Register now.

Convinced? See you in September.

Be sure to follow Black Enterprise on social media @BlackEnterprise for Golf & Tennis Challenge news, highlights, and updates. Use hashtag #BEGT to stay in the loop.

Are You a â€˜Musherâ€™ Manager? Hereâ€™s Why Thatâ€™s Not a Good Leadership Model

People of Color Will Be Majority Working Class by 2032