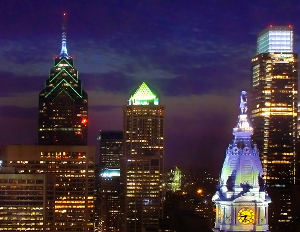 It will soon be easier for small businesses in the greater Philadelphia area to improve and grow thanks to a new initiative by Goldman Sachs.

The international investment bank is committing $20 million, as part of their 10,000 Small Businesses Initiative to small businesses in Philadelphia,the ninth city to be chosen for the program. Small businesses can apply and have access to loans, as well as classes provided by the Community College of Philadelphia.

“This program will help small businesses in Philadelphia and across the region by providing access to capital and a world class business and management education program,â€ said Mayor Michael Nutter during the announcement at City Hall Wednesday.

Chaka Fattah, Congressman for Pennsylvania, said in a statement: “When small businesses grow and create jobs, the effects are felt throughout the community. I am pleased that the Goldman Sachs 10,000 Small Businesses program is coming to Philadelphia, and I look forward to seeing the program’s success positively influence the broader economy both in Philadelphia and in Pennsylvania.â€

First launched in New York in spring 2010, 10,000 Small Businesses is operating in Chicago; Cleveland; Houston; Long Beach, Calif.; Los Angeles; New Orleans; and Salt Lake City. So far, more than 1,000 businesses either have received loans or completed the business-education curriculum through the program, according to Goldman Sachs.

Join us Tuesday at 11a.m. for a Twitter Chat with Comedienne Sommore