Global Markets Are A Big Source of Revenue for Small Businesses 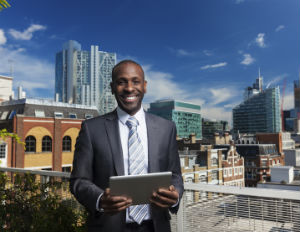 Goods and services from the U.S. sold overseas reached $2.4 trillion as of 2014. You don’t have to be a multinational company making millions of dollars to do business overseas. Many small businesses are seeing the benefit of venturing abroad. In fact, revenues are on the rise for smallÂ  companies that sell goods and services internationally, according to the 2016 American Express Grow Global Survey.Â  Of those companies surveyed that were exporting outside the U.S., 80% saw a boost in revenues after one year, while on average one-quarter, or 26%,Â  attributed revenue growth to international salesÂ  Additionally, as small businesses look to the future, they are optimistic about exporting. TheÂ  GlobalÂ  Survey also revealed that over the next five years, about 76% of business owners expect that their revenue from sales overseas will increase by about 30%.

“Our research shows that despite potential challenges, many companies still see international business as an important growth opportunity,â€ said Ed Marsh, export advisor to American Express in a press statement. “Through our Grow Global program, we know that getting started can often be the hardest part, but when businesses get on the path to global sales, they realize exporting has organizational benefits beyond just revenue growth.â€

Business owners understand that while international markets provide growth opportunities, there are still challenges to be met. According to the Global Survey, the most significant concerns for those selling outside the U.S. include the ability to build relationships with foreign partners followed closely by the ability to comply with local and international law, trade regulations, and transportation and shipping costs.

The Global Survey also revealed that businesses need assistance navigating such international challenges, some of which include cultural differences/different business practices, at 65%; political instability, around 64%; language barriers, about 59%; and a general lack of knowledge about the oversea markets that they are in, roughly 57%.

Exporting As A Strategic Business Plan

According to the Global Survey, about 78% of small and mid-size businesses entered foreign markets intentionally as part of a strategic business decision, and 63% of them feel informed about how to conduct international business. However, almost four in 10 indicated that they have insufficient market knowledge on exporting and could benefit from additional available resources.

American Express created the Grow Global program in 2015 for this very reason, “to help ease business owners’ concernsÂ and provide valuable resources and networking opportunities for U.S. small and medium-sized businesses that currently export as well as those who are considering exporting.” The federal government also provides resources for business owners interested in doing business overseas.

When it comes toÂ  future exporting plans, the upcoming presidential electionÂ  could have an impact on international trade. The Global Survey reports that seven in 10 small business owners indicated the outcome of the election will beÂ  ‘somewhat significant.’

Start Doing This When You See Homeless People