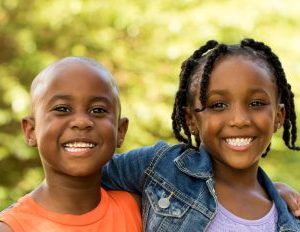 A new report suggests that after the age of 6, girls think boys are smarter. Before that age, they don’t appear to believe that.

Such beliefs could have implications for the kinds of careers women choose later, the researchers concluded.

“That might put girls at a disadvantage when pursuing fields that are perceived to rely on brilliance,â€ Andrei Cimpian, associate professor of psychology at New York University and one of the authors of the study, was quoted in an online Toronto Star article.

“That’s worrisome. These beliefs that seem to be present even in young children are the beginning of what might exclude girls from some of the most prestigious jobs in our society.â€

Here’s an excerpt from the Sunday Times.

The report in the journal Science was based on 400 youths aged between 5 and 7, who were given a series of tasks.

In one, the kids were told a short story about a person who was “really, really smart,â€ but were given no hints about whether the person was male or female.

At age 5, both boys and girls were equally likely to choose their own gender as “really, really smart.â€

But by age 6 and 7, “girls were significantly less likely than boys to associate brilliance with their own gender,â€ said the study.

In another part of the study, children had to guess which of four children, two boys and two girls, got the best grades in school.

In this case, both younger and older girls were just as likely to select girls as having top grades, suggesting that the “girls’ perceptions of school achievement were separate from their perceptions of brilliance,â€ said the report.

At age 5, girls were just as likely to pick the whiz kids’ game as the game for kids who try hard.

The findings may have important implications for the career paths that women choose, perhaps steering them away from fields typically associated with brilliance, like physics and philosophy, said lead author Lin Bian, a researcher at the University of Illinois, Urbana-Champlain.

“It is likely to affect women’s career aspirations,â€ she said.

Read more at the Sunday Times.

5 Things Your Business Can Do to Give Back