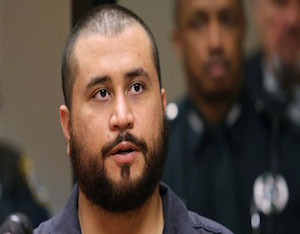 A year after the controversial verdict regarding Trayvon Martin’s death,Â George Zimmerman has found himself a new job.

According to The Huffington Post, the former neighborhood watch captain is now a security guard at Pompano Pat’s Motorcycles. The retail store sells motorcycles, parts, guns, and ammunition, according to police.

Zimmerman, 30, was originally found outside of Pompano Pat’s in a truck by police after the shooting death of 17-year-old Trayvon Martin. This is the same shop whose owner received threatening letters for offering the acquitted Zimmerman a handgun identical to the one he used in the actual shooting of Martin.

In a report done by My News 13, Zimmerman says that the owner of the shop told him to guard Pompano Pat’s after a recent robbery attempt. The owner could not be reached to confirm his claims. DeLand Police Sgt. Chris Estes said to the Daytona Beach News-Journal, “He [Zimmerman] had permission from Pat Johnson to do night security, but our officers could not make contact with Pat Johnson to verify that so we did an information report.”

An on-duty gun sales manager at the store said Zimmerman “is not an employee of the business and he is not getting paid in any way.” Although that is not stopping the threats from coming in, it was not immediately clear if Zimmerman has continued his “security work.”

Ray Rice and Stephen A. Smith: The Manifestation of the Hypocrisy of Sports