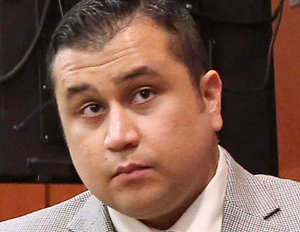 Some have already called it a publicity stunt for the fight’s promoter, but Damon Feldman has called off the planned celebrity boxing match between the rapper DMX and George Zimmerman, the Florida man who gunned down Trayvon Martin and was acquitted. Zimmerman’s defense cited Florida’s controversial Stand Your Ground law as grounds for his actions.

Since his acquittal, Zimmerman has been an actor in several stunts, including accusations of domestic violence, but nothing as bizarre and vile as a celebrity boxing match. In protest, some 100,000 signatures to stop the fight were gathered on Change.org. A Facebook page dedicated to the cause of stopping the fight got 300,000 likes.

Damon Feldman, the fight’s promoter, took to Twitter to express sympathy — not without telling the world he’s missing out on an impressive pay day.

“I walked away from a [sic] million dollar payday with this fight but to be honest,” he said. “I’d rather be happy and make people happy thank you.”