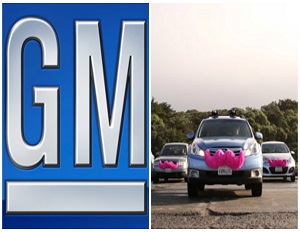 On Monday, Lyft announced that GM invested $500 million in the ride-hailing service company to assist with developing an on-demand network of self-driving cars and a series of short-term car rental hubs across the United States.

Recently, companies such as Google, Uber, and Tesla have devoted resources to the research and testing of self-driving vehicles, but that’s no sign that autonomous cars will become a widespread reality anytime soon. In California, a law was recently passed that requires manufacturers to receive certification and pass certain cybersecurity thresholds before releasing a self-driving car. In addition, a licensed driver must also be behind the wheel of the car at all times.

[RELATED: Ride-Sharing Startup Lyft Could Be Illegal In New York]

GM’s financial backing is documented by PitchBook as the largest direct investment by an auto manufacturer into a ride-hailing company in the United States, helping to bring Lyft’s value to $5.5 billion. With the rise of car services such as Lyft and their major competitor Uber, auto manufacturing companies are working to adapt to the future of the car market industry as these services can lead to a decrease in car ownership.

“We think there’s going to be more change in the world of mobility in the next five years than there has been in the last 50,” said GM president Daniel Ammann.

Recognizing the changing landscape of the auto industry, several car manufactures have entered partnership deals with auto-related startup companies. In 2011, GM partnered with RelayRides, a car-sharing marketplace, to let owners of GM vehicles rent out their cars. Last year, Ford teamed up with car-sharing marketplace startup Getaround for a similar partnership. Also, German automotive company Daimler teamed up with Car2Go, a Zipcar-like service that offers SmartCar rentals in places like Brooklyn, Berlin, and Toronto.

In addition to their $500 million investment, GM’s president will also sit on the board of Lyft.

[Women of Power] Let Your Wardrobe Do the Talking