Gay Marriage Study: 52% of Negative Tweets Cite â€œReligious Beliefsâ€ as Cause for Opposition 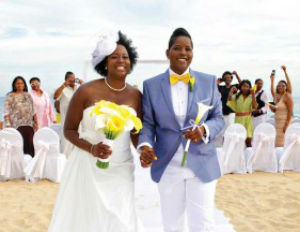 In the wake of last month’s U.S. Supreme Court ruling legalizing gay marriage nationwide, millions of people immediately took to social media to voice their opinions on the subject. Â Reactions to the court saying that gay couples once and for all have the right to marry in all 50 states ranged from President Obama tweeting @BarackObama “Retweet to spread the word. #LoveWins,â€ to the MT Family Foundation @Montana Family tweeting “Tragically, the Supreme Court said today that either a Mom or a Dad is irrelevant to children.â€

A new data study has been released that examines the causes of gay marriage opposition on social media in the aftermath of the recent Supreme Court ruling. According to the new study by CrowdFlower, a data enrichment platform that collects, cleans, and labels big data, about 52% of the 25,000 tweets posted to Twitter following the Supreme Court announcement cited “religious beliefsâ€ as a primary cause of opposition.

Additionally, about 19% of those tweeting cited ‘American values’ and 15% cited ‘general disgust’ of gay people as reasons for opposing same-sex marriage.

What’s more, women were more supportive than men. While 86% of women and 72% of men were in favor of the Supreme Court ruling, 14% of women and 28% of men opposed it.