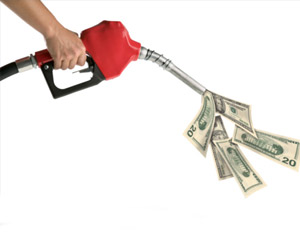 Maybe it’s a sign of the impending apocalypse or maybe Santa’s giving Americans an early gift just in time for the holidays — but gas prices are falling fast as the year comes to a close. This is great news for travelers deciding to hit the road for their travel plans.

Nationwide, gas prices have dipped to an average of $3.24, according to AAA. This is the lowest price this year and is three cents away from the low in 2011. Some cities are even seeing prices as low as $2.87. Analysts attribute the declining fuel prices to better fuel economy in vehicles, high unemployment and more people getting on the road to get to work.

This news doesn’t mean that low prices are going to stick around. Historically, gas prices conveniently shoot up after the holidays. And, crude oil prices traded 1.9 percent higher in New York. Gasoline supplies increased in the first week of December to 217.1 million barrels, according to the Energy Information Administration on Dec. 12 in a report from Bloomberg.

Analysts don’t anticipate the fiscal cliff having much of an impact on gas prices right now because investors aren’t really enamored with the prices of crude oil.

Find out why at CNN Money.

Skipping the Ho,Ho,Ho Could Mean Higher Profits for Small Businesses