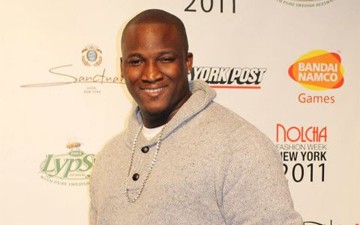 Gamers, are you willing to drop your controllers and back away from the console for a cause? Antwand Pearman, founder, president and editor in chief of Gamer Fit Nation, sure hopes so.

When news broke about the tragedy in Newtown, Conn., violent video games became part of the conversation. Pearman felt the pain along with the rest of America, witnessing through news reports the horrific death of 20 students and 6 faculty members at Sandy Hook Elementary School. Instead of sitting back and letting news channels create a negative narrative about video games, he broke out his camera, making a plea for gamers to join him in a day of cease-fire on online shooting games.

The young executive has launched #OSCeasefire, which will take place on Dec. 21, a movement inciting gamers to forgo playing any shooting games for 24 hours. Video game enthusiasts will be asked to track their progress using the hashtag (#OSCeasefire) on Twitter.

Pearman is not refuting the possible link between violent video games and aggressive behavior, which is a connection investigators are exploring with shooter Adam Lanza. However, the chief gamer is starting the campaign to expose the positive side of gaming and show that gamers will mobilize against violence.

The #OSCeasefire movement has already gained thousands of supporters worldwide with gamers urging one another to support and honor the lives of those lost in a peaceful way.

Watch Pearman’s call to action below:

Ne-Yo Decoded: The Man, The Musician, The Mogul