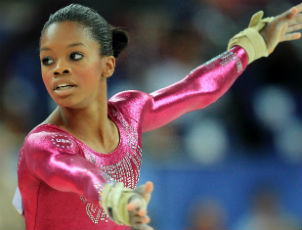 Gold-medal Olympic gymnast Gabby Douglas is headed for what she hopes is greener pastures: She has left her agent Sheryl Shade for sports and entertainment behemoth Creative Artists Agency (CAA). CAA’s Olympic representation team is led by Lowell Taub.

Douglas in London became the first African American gymnast to win a gold medal in the prestigious individual all-around competition. Gold medal wins both in the all-around and the team competition made Douglas a worldwide sensation and almost instantaneously a household name. She appeared on the Tonight Show with Jay Leno, was the subject of a Vanity Fair profile and appeared on the cover of ESSENCE. The story was done by the writer Lola Ogunnaike.

Shade, who also manages gymnasts Blaine Wilson and Shawn Johnson, was instrumental in nabbing deals for Douglas, including Procter & Gamble, Nintendo, YoCrunch and, perhaps most notably, a book deal with HarperCollins. Zondervan, its parent company, published the New York Times bestseller, “Grace Gold and Glory: My Leap of Faith.â€

The Sports Business Journal is reporting that CAA is currently pitching Douglas in an effort to bring in new business. SBJ highlighted that Douglas’s departure signals a trend of Olympic athletes leaving their representation to sign with CAA. In recent weeks, snowboarder Shaun White has also joined, finalizing deals with BF Goodrich and Stride, which is making his own line of gum. The other is the swimmer Ryan Lochte.

Breaking up is apparently hard to do; as of Monday afternoon, Douglas was still listed on Shade’s roster of athletes on her website.