Full Moon Will Rise on Christmas for First Time Since 1977 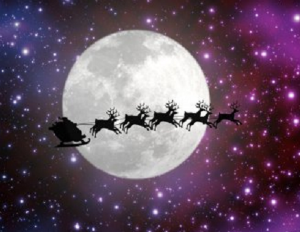 For the first time since 1977, this year on Christmas, a full moon will light up the night sky. It’s expected to reach its peak at 6:11 a.m. E.T, according to ABCÂ News. This natural phenomenon won’t take place again until Christmas 2034.

In December, the last full moon of the year is also known as the ‘Full Cold Moon’ or the ‘Moon before Yule.’ The Old Farmer’s Almanac holds that certain Native American cultures have nicknamed the event the ‘Long Nights Moon,’ as winter solstice kicks off around the same time, bringing with it the longest night of the year. The moon will have a high trajectory across the sky because it is opposite a low sun.

In the Northern Hemisphere, the winter solstice will occur on December 22 at 11:48 a.m. ET.Â  According to NASA, The Yuletide moon won’t return for 19 more years, so don’t miss out!

Study Confirms How Most Small Businesses Use Cloud Computing