Glenda Smith Talks What it Takes to Run a Successful Nonprofit 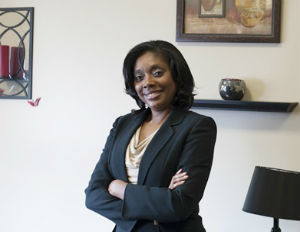 Like many people, Glenda Smith didn’t set out for a career in the nonprofit sector. But a chance meeting with a 3-year old girl laid the foundation for a career that would begin with an internship and evolve to her becoming the CEO of Bridging Access to Care (formerly known as the Brooklyn Task Force), a community-based organization dedicated to providing comprehensive social services such as HIV care and treatment, one of the deadliest diseases to hit the African American community.

“My first experience with AIDS happened over 25 years ago, prior to me interning at the Brooklyn AIDS Task Force,” said Smith. While I was working under the Summer Youth Employment Program (SYEP) at an NYC area hospital pediatric ward, there was a little 3-year-old girl that was isolated from everyone else because she had AIDS. Her mother had already died of AIDS and no one ever came to see her–I mean no one. So I used to go in and feed her, and I remember going into her room and the nurse yelling at me because I did not have on a mask, gloves, and the other garments they used for protection back then.”

“I really did not know that I had to do all that. All I knew was that she needed to be fed. She was so sick, frail, and lonely. I’m an only child, so I know what it is like to have no one to play with or talk to. Every day I made it my business to go in and talk with her. She eventually died on my last day at the SYEP Program. I hope I made a difference to her.”

“I don’t think back then I was thinking about working for a nonprofit versus corporate America. Back in the ’80s, AIDS was all over the nation as the No. 1 problem facing so many people. It was hitting people of color really hard, so I thought this is what was going on in my life and went with it.

Smith holds a bachelor of science degree from Hunter College and a master’s degree in Public Health (MPH) from Hunter College’s School of Health Science. Since 1989, she’s held various positions with the Brooklyn Tasks Force. She started as a health educator and advanced to program coordinator and later moved up the ladder of success to assistant director of Prevention and Education Services–developing and implementing programs that targeted at-risk populations such as adolescents, women, individuals recently released from incarceration and substance users.

Black Enterprise caught up with the Brooklyn, New York, native to learn more about what it takes to impact lives and have a successful career in the nonprofit world.

BlackEnteprise.com: What is your biggest professional accomplishment? What’s the biggest challenge you faced throughout your career, and how did you overcome it?
Glenda Smith: I think becoming the CEO of Bridging Access to Care is the biggest accomplishment so far. Never in a million years would I have thought that I would become the CEO of an agency that when I first started here I was just an intern trying to finish school. I don’t think I met my biggest challenge yet. I still have much to learn and being the CEO at this point in my life is only the beginning.

Can you share a few advantages and disadvantages of working in the nonprofit sector?
The rewards of helping people and seeing the positive changes in their life over time are an advantage. Everything is hands on. You touch and feel the clients and the staff on a daily basis. And you get to know the community.

7 Courses to Help Step Up Your Marketing Game 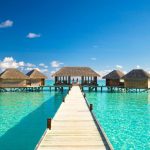 (Part 1) Luxury and Adventure on a Budget: Maldives