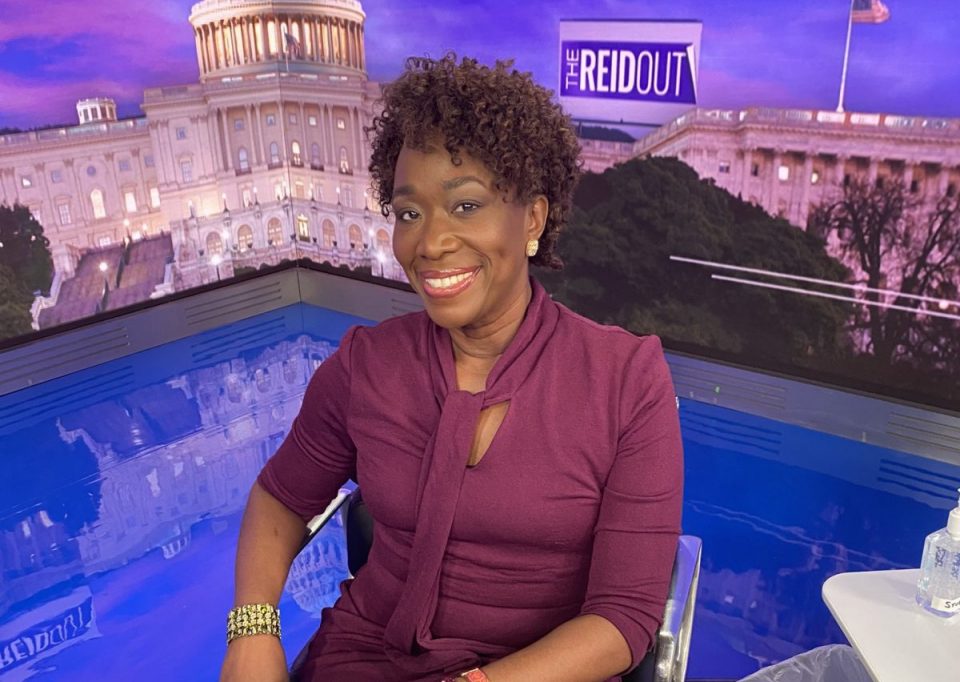 Joy Reid is on a mission.

The journalist and MSNBC host (born Joy-Ann Lomena) is the first Black woman to anchor a cable primetime news show. But beyond making history, she’s using her platform to cultivate change in broadcast television–an industry where women of color represent just 12.6% of local TV news staff, according to “The Status of Women in the U.S. Media” study.

“You pull as you push,” says Reid, quoting a phrase from a mentor, in an interview with BLACK ENTERPRISE. “Meaning that, I’ve managed to push my way through the door, and so it’s going to be very important that I’m also pulling people in with me,” she explains.

The 51-year-old Denver native says the launch of her new show, The ReidOut, which premiered Monday night at 7 p.m. EST on MSNBC, is an opportunity to relay news through the lens of people from underrepresented communities.

“One of the things that I want to definitely impact is the way that the guest structure looks,” she says. Although her MSNBC colleagues are intentional about booking guests from diverse backgrounds, Reid feels a responsibility to take that initiative “one level higher.”

Reid joined the left-leaning network as a contributor back in 2011 and was given her own daily talk show, The Reid Report, in 2014. It was canceled after a year, but she remained at MSNBC as a correspondent. In 2016, the news station kicked off the weekend talk show, AM Joy, which Reid hosted up until last week. However, while she was climbing the corporate media latter, Reid was also making space for other people of color on-air and behind the scenes.

The Politics of Black Hair

In addition to advocating for the hiring of people of color within the network, Reid makes a statement every time she appears on-air simply by being authentic. As of late, Reid–the daughter of a Congolese geologist and a Guyanese professor–has been even more unapologetic about her TV presence by wearing a variety of Afro-centric hairstyles, from braids to faux locks to an afro–a stark difference from the signature short bob she wore early in her broadcast career.

“Being in media and hair is a whole big thing,” said the best-selling author of The Man Who Sold America: Trump and the Unraveling of the American Story.

Like many Black professional women, the journey to wearing ethnic hairstyles was not easy.

“When I first started [as] just a contributor on MSNBC, I wasn’t accustomed to having heat put through my hair every day,” she says. “My hair was completely falling out. It was damaged, people were putting so much heat sometimes I would see steam coming up, and it was just, you know, non-familiarity with my kind of hair.”

As a result, she resorted to wearing wigs as a protectant style. “But then I just started missing my hair.”

Studies show that the majority of Black women have faced discrimination in the workplace for wearing natural styles. However, Reid felt emboldened to make the transition after a vacation to South Africa in 2018.

“I went for my birthday. I always travel in braids,” she says about the trip. “So I had gotten it braided for that and then when I got back [to work] I was like, ‘Should I take my hair out to just do TV?’ And I just decided not to. I decided, you know what, my hair looks great like this. I was on the air like this from South Africa. So I was like, ‘I’m just going to go ahead and rock it.’”

For moral support, she turned to other black women in the media, her friends Tamron Hall and Jacque Reid. “They were very supportive,” she says, “to not only wear my [natural] hair and do what I need to do with my hair, but also to bring more Black hairstylists into the business.”

Her new looks did not go unnoticed.

“I’ve had young girls come up to me with their moms and say, ‘It means a lot to me that you wear your hair in braids.’ I’ve had young producers say to me, ‘You know, it’s everything that you’re wearing your hair the way I wear my hair because this is how we are in the real world,’” she says.

Wearing braids and locs on television is not just liberating for Reid, it’s an important decision she made in order to empower other Black women and visibly change the landscape of broadcast news.

“If we have to change who we are just to be on television, then we’re projecting an image that isn’t real. And we’re also not reflecting our audience,” she says.

She adds that her look is a reflection to the viewers she served on Am Joy, which were 24% to 25% African American. “This is an audience that is coming to hear authenticity, and if they can also see authenticity and see themselves reflected back into TV, I think that empowers Black women.”

With The Reid Out, viewers can expect the political analyst to channel her “hold-them-accountable-spirit” while presenting the news in a manner that’s true to her identity as a mother, the daughter of immigrants, and as a Black woman. 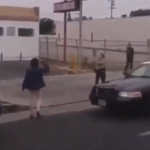 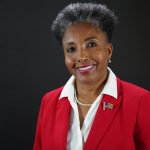