Friday at the Movies - Black Enterprise 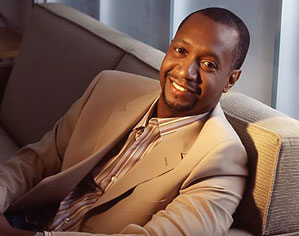 Jeff Friday sees a lot of movies. This year alone he’s screened roughly 500 films for the American Black Film Festival. One of his all-time favorite movies is Spike Lee’s Get on the Bus, about a group of men trekking across the country to attend the Million Man March: “I’m moved by black people collaborating with one another,â€ he says. That same theme drives his Miami-based fest, where attendance has grown from 190 in 1997 to more than 5,000 today.

African American filmmakers are still unable to gain much power in an industry now being transformed by digital production and distribution–a feat that may become tougher as consumer appetites and movie-going habits shrink box-office returns. Global revenues were $4.05 billion for the first quarter of 2011 versus $4.83 billion for the same period in 2010, a decline of roughly 16%. U.S. box offices took the greatest hit of major markets with a revenue drop of more than 20%.

That’s why Friday’s focus on innovation, education, and collaboration has such urgency. In fact, Friday, who is also the CEO of movie distributor Film Life and one of black enterprise’s Top 50 Hollywood Power Brokers, recently teamed up with be to provide a showcase for the diverse contributions of black filmmakers through “Black Movie Month,â€ to be featured on the BMM Website (www.blackmoviemonth.com) and BlackEnterprise.com in October. (You can also go to dev.blackenterprise.com for coverage of this year’s festival.) be recently spoke to Friday about the state of black filmmaking, the impact of technology, and transforming NBA and NFL ballers into shot callers.

How to Negotiate a Better Financial Aid Package