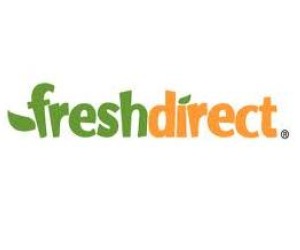 Supermarket and bodega owners, alongside small business advocates assembled at City Hall to protest the decision by both New York City and the State of New York to provide the online grocer and delivery service, FreshDirect, with $127 million dollars worth of tax payer subsidies.

Joined by South Bronx Unite, Willets Point United, and other business and community leaders, the protestors believe it’s a mistake to use such a huge amount of tax money for a single food retailer, especially when the city is facing a huge budget shortfall.

Earlier this year the city and state made a decision to provide Fresh Direct with the tax subsidies to facilitate moving their distribution center from Queens to the South Bronx, under the promise that the move would create jobs in the South Bronx. South Bronx Unite is a coalition of local residents who oppose the move on several grounds, including the environmental damage hundreds of delivery trucks would cause, in a part of New York that already has one of the highest asthma rates in the nation. Other issues include zoning of the proposed site (the old Harlem Rail Yards), and FreshDirect’s designation as a retailer, not a wholesaler.

South Bronx Unite is being joined in its opposition to the relocation of the distribution center by the New York Association of Grocery Stores (NYAGS), a group consisting of city supermarkets, green grocers and bodega owners. NYAGS does not agree with the use of public money to the advantage of one food retailer at the expense of hundreds, if not thousands of other businesses who struggle in the current economic recession with no public money.

“I am opposed to using my tax money and the tax money of all of the smaller and struggling food retailers in NYC, to fund our competitor,” said John Catsimatidis, the billionaire owner of Gristedes, a popular NYC supermarket chain. “A competitor whose objective is to put the city’s neighborhood supermarkets out of business. This puts my business and the majority of my employees and families, most of which have been with my company for over 20 years, at a disadvantage.â€

Morton Sloan of the MortonWilliams chain added his voice in expressing displeasure and frustration at the sweetheart deal offered to FreshDirect saying, “When you help somebody you often hurt somebody else. I just opened a store on 57th St. and I got no tax breaks, not a single penny. This is a misuse of my tax dollars.”

FreshDirect has tried to ease critics concerns by touting its green initiatives and detailing potential benefits for the Bronx, such as easier access to healthy food and new jobs.

“In anticipation of our move to the Bronx, we want to be sure Bronx residents fill many of these positions, and look forward to working with local community leaders to help make that goal a reality,â€ FreshDirect CEO Jason Ackerman said in a statement Tuesday.

Steve Ritz, an administrator at Hyde Leadership Charter School in Hunts Point and the founder of Green Bronx Machine, a youth-oriented nonprofit focused on urban farming and green-jobs training said he took critics concerns about FreshDirect seriously, but decided the company’s green initiatives – such as buying some electric trucks and promising to switch to clean-energy fuel – would mitigate some of the environmental and health risks. He also said a pilot program that allows some Bronx residents to place online FreshDirect orders using food stamps, and especially the “entry-level living-wage jobsâ€ would benefit the community.