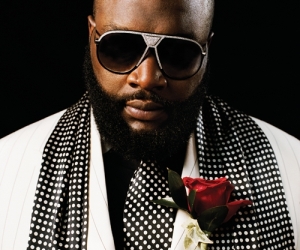 Former drug kingpin, Freeway Ricky Ross, was in court yesterday in downtown Los Angeles in a dispute with rapper Rick Ross and Warner Brothers Records for the rapper using his name and former drug life as a backdrop for his career.

“This guy is literally trying to have people confuse him with me as an actual person,â€ Freeway Ricky Ross told AllHipHop.com. “In every interview I mention ‘Superfly’ as the movie that pushed me into powder cocaine. I even said it in the VH1â€²s ‘Planet Rock: The Story of Hip Hop and The Crack Generation,’ that was shown around the world. Then he comes out with this new video with the ‘Superfly’ movie cover as the centerpiece?â€