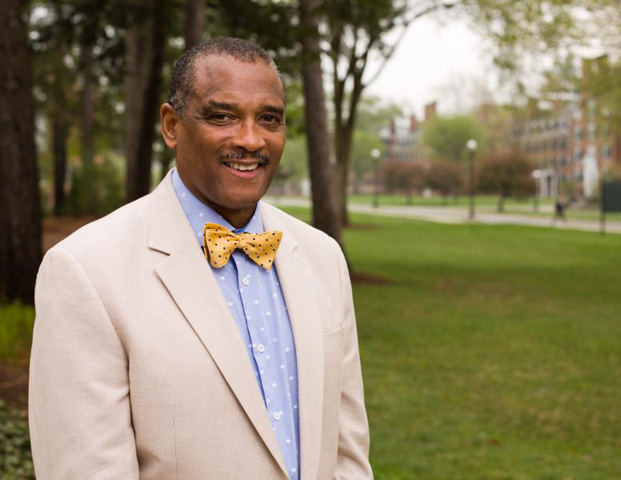 In 2011, newly elected Democratic governor Dan Malloy saw something very disturbing outside of his window at his office at the State Capitol building in Hartford, Connecticut. It was a large billboard that read: “They want our money, but not our business. Why won’t the CT Lottery spend on Minority Business Development?â€ The billboard was sponsored by the Greater New England Minority Supplier Development Council (GNEMSDC), which at the time was led by President and CEO Fred McKinney.

“Governor Malloy’s first day in office they called and said take the billboard down. I said, ‘No. I’m not taking it down until I see action,’â€ says McKinney.

While Connecticut has a supplier diversity program, prior to the exchange between the governor’s office and McKinney, it “basically treated women and minorities the same,â€ says McKinney. A minority business owner–actually the owner of the company that made the billboard–reached out to McKinney in his role as head of GNEMSDC because the state lottery would not do business with him, telling him they had reached their “minority quotaâ€ by contracting with women. McKinney looked into the matter and discovered that the lottery organization was doing less than 1% of business with Hispanics and less than $50,000 with black business owners.

After his refusal to take down the sign, the governor’s office invited him to a meeting. McKinney pressed his case that the state needed to have separate goals in how it evaluated minority-owned and women-owned businesses because the lack of distinction affected populations of minority businesses. Soon after, the state created a trade show for minority business owners. “They also started giving contracts out immediately, including one to the gentleman who owned the billboard company,â€ says McKinney.

In his role as head of GNEMSDC and throughout his life, McKinney has been passionate about supporting and advocating for small businesses, touching the lives of hundreds of minority small business owners. “In my role there, we certify companies as minority-owned and managed, connect minority businesses to corporations that are looking for high-quality suppliers, and help businesses develop so that they become high-quality suppliers,â€ says McKinney.

Creating a Legacy of Community Wealth
McKinney, who grew up in Washington D.C., has been mindful of leaving a legacy of entrepreneurship and community building from a very young age. “I started a lawnmower business with a friend in junior high school because money was hard to come by in my family, and jobs were hard to come by in the community in the mid-1960s. We learned that we could create our own,â€ says McKinney.

He also says a close relationship with his uncle, a dentist who had his own practice and employees, had an impact: “I saw early on that professional businesses and services had the potential to employ people in communities where employment is needed.â€
McKinney went on to develop his skills to help minority communities thrive through his time at the University of California, Los Angeles, where he got a job working for one of the first black economists in the country, CZ Wilson. Not only was McKinney able to watch Wilson and other black leaders in the field, such as Marcus Alexis, create the National Economic Association supporting black economists, he was also able to go on to Yale University and get his Ph.D. in economics.

Where to Find the Best Deals During Cyber Week