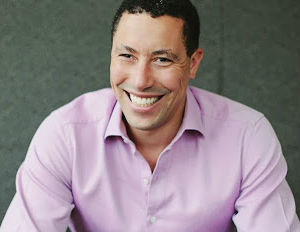 It’s hard to believe that before the launch of the iPhone, telecom leaders predicted that Apple would never be able to compete in the mobile phone arena. Or that in 1997, when the creators of Google offered to sell their search engine to Yahoo for $1 million, they were turned down.

For Frans Johansson, the internationally known best-selling author and CEO of The Medici Group, these aren’t just chance circumstances in the world of business. He argues that success today, by definition, is random and serendipitous, subject to influences no one can predict. The 10,000-hour rule explored in Malcolm Gladwell’s book Outliers (Little, Brown; $27.99) confirmed the already popular notion that if you spent enough hours working in one area, success in that area would be inevitable. But Johansson says hard work alone doesn’t guarantee success in today’s marketplace.

“The 10,000-hour rule only works in areas where the rules never change–like golf or tennis,â€ Johansson asserts. “Serena Williams knows exactly what she has to do. She just needs to do it better than anyone else. How true is that for industry? There’s no guarantee that whatever you did last year is going to work next year. Technology, talent, and globalization are making it less and less easy to predict success.”

“The world moves in random and unpredictable ways,â€ is Johansson’s mantra. “If you’re really concerned about success then you have to operate in the world as it is–and the world is unpredictable.â€

The tall, energetic, half black American, half Swedish Johansson can personally testify to the unpredictability of success. When his first book, The Medici Effect: Breakthrough Insights at the Intersection of Ideas, Concepts & Cultures (Harvard Business Review; $32.95), was published in 2004, the Harvard Business School grad had roughly $2.50 in his bank account and tens of thousands of dollars in student loan debt. The book led to speaking offers, the first of which he did without charging. As the speaking engagements increased, so did corporate interest in his philosophies. By 2006, he had formed a company to manage his speaking career. By 2012, The Medici Group had become a full-fledged strategic consulting company, having developed a groundbreaking system helping business teams generate and implement innovative ideas.

Johansson has since written The Click Moment: Seizing Opportunity in an Unpredictable World (Portfolio; $26.95), which fully outlines ways to increase prospects for serendipitous success.

“I believe I was willing to explore unusual ideas that set me apart and then build off those things to make a difference–and now it’s bigger than myself,â€ Johansson says.

Not only has his company contracted with some of the world’s largest organizations, it has partnered with organizations in his native Sweden and is in talks with a West African nation to offer innovative strategies across industries.

“That’s the meaning of innovation–to change the world,â€ Johansson says.