Advice on exiting a franchise 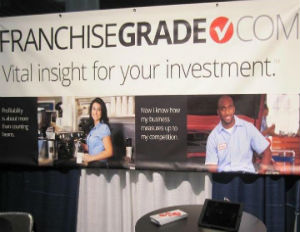 The life of a franchise contract is not infinite. Eventually franchisees have to relinquish their licenses with franchisors and begin a new chapter in their lives.

And yet, owning a franchise isn’t a process one can simply either retire from or just quit. Franchisees put in considerable energy, resources, and time into acquiring a contract and license for a concept or system from a franchisor. Simply walking out will cost you. And cost you big.

You’ve got to remember you don’t own the brand. It was leased to you for a considerable period of time and eventually you’ll have to give it up.

In fact, the best time to think about leaving a franchise concept may be before you get in. It’s one of the few times you should be thinking about an ending a relationship before it even starts.

We asked Jeff Lefler, CEO ofÂ Franchise Grade to give us six things potential franchisees should look out for before jumping out of a franchise concept or system. Lefler has 15 years of small business experience, 10 of those in franchising.

His company looks out for and provides franchise investors the opportunity to grade three comparative franchise systems as part of their due diligence. They provide research, assessment, grading and reporting services across North America.

Sort of like “franchise policeâ€ so to speak. Here are the six things he says franchisees should consider in order to make a graceful exit from their franchisor.

You’re going to have to know your transfer rights. In each agreement franchisors typically have first right of refusal. Even if you have an agreement for purchase of your business, the franchisor can refuse that offer and buy your franchise from you. So understand your transfer rights and know that there is a transfer fee involved, sometimes even upwards of 10% of the cost. So if you are selling your franchise to a new person you can pay anywhere from $5,000 to potentially $20,000 to the franchisor for that transfer right.

RELATED: Franchise Spotlight: Five Things To Look Out For Before You Make The Commitment

Competition with the Franchisor

You should also understand that as a franchisee selling your location, the franchisor is also selling new locations. So you’re technically competing with the franchisor for a buyer in your system. So don’t expect a lot of help from the franchisor to try to sell if at the same time they’re also trying to sell locations because there is a competing interest.

It’s a smaller pool of buyers typically if you’re selling a franchise a lot of the people buying a franchise a buying a new location and not an existing location. So you’ve got to be aware that you’re selling a business that has a history, so you need to get your house in order, you need to make sure that you have all your employment contracts and financial statements and you need to be able to present a valid picture of the profitability of your business. You also need to be able to remove all of your individual ownership costs. If you’re writing off your personal vehicle or if you have a home office, you’ve got to be careful to not include such things in your financial statements when your trying to sell your franchise, you’ve got to basically clean up your house as a small business owner.

Mike Tyson: Jamie Foxx Will Play Him in Biopic