Is 'Empire's' Lucious Lyons Based on Jay Z? 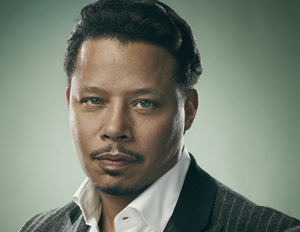 In episode 7 of Empire on Fox, the characters, prepping for a music showcase for prospective investors, mentioned the importance of announcing its sports division, worth $32 million to the company. Soon after the reference, watchers of the show tweeted the correlation of art imitating life:

Recently Vulture.com published, “Which Real-Life People Might Have Inspired the World ofÂ Empire?, speculating on the same concept.

In that article, the writer noted that it was a toss up as to who the real-life person was that inspired Terrence Howard’s character Lucious Lyon, who plays a music mogul who built his successful entertainment company with seed money from hustling drugs in Philadelphia with his ex-wife, Cookie, played by Taraji P. Henson.

Vulture narrowed the true Luscious to be either Jay Z, CEO of Roc Nation or Suge Knight, co-founder of Death Row Records. NPR has said “At times, Fox’s new hip-hop centered family dramaEmpire feels likeÂ Dynasty by way of Jay-Z and Beyonce…â€ The New York Times described the show as being “retrofitted for the age of Jay Z and BeyoncÃ©.â€

After Wednesday’s reference to the sports division, it is pretty clear that the show is following in Jay Z’s footsteps. Jay Z founded Roc Nation, a music publishing and entertainment company in 2008 and added Roc Nation Sports in 2013 and represents athletes such as the NBA’s Kevin Durant, WNBA’s Skylar Diggins and Super Middleweight Boxer Andre Ward.

Who do you think the popular “Empire” character is based on? Follow @BlackEnterprise and #Soundoff or leave a comment below.