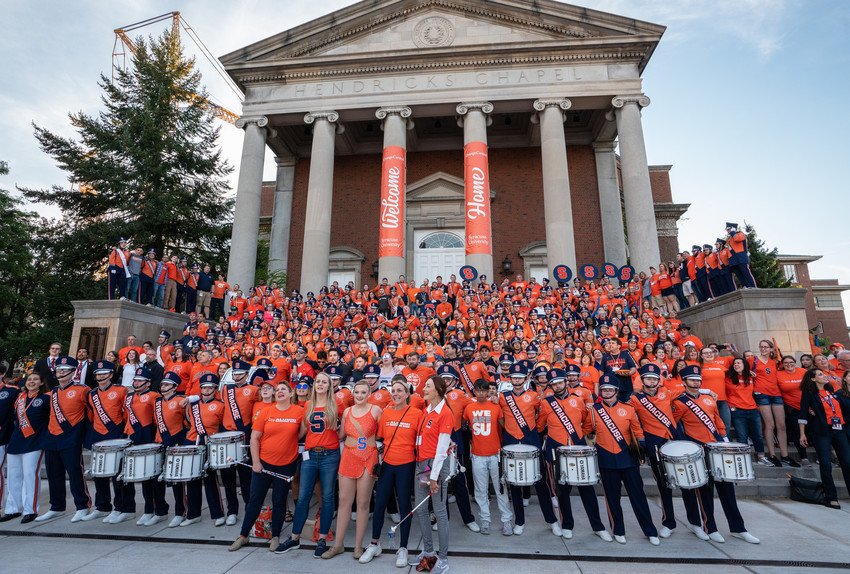 Racism is rearing its ugly head at Syracuse University.

Officials at the prestigious New York State institution announced that four of its students have been suspended following a string of racist and anti-Semitic incidents, reports The New York Post.

The suspended students have been linked to a racist verbal attack on a black female student Saturday night who told the Department of Public Safety that a group of fraternity members shouted the “N- word” at her as she was waiting for a bus on campus. Officials say 14 people in total were involved in the incident, but only four attend Syracuse. Nine of them are enrolled at other universities. In addition to the interim suspensions, Chancellor Kent Syverud canceled all fraternity activities for the rest of the semester.

In all, there have been 12 reported incidents of racist and anti-Semitic graffiti found on or near the university’s campus. Syverud addressed the incidents in a video, which was posted on the Syracuse University Twitter feed.

I am writing this evening to provide you an update on the recent hate speech incidents that have occurred on our campus.

View a video of my remarks here: https://t.co/21ruokhpuX.

“Given recent history, all fraternities must come together with the university community to reflect upon how to prevent recurrence of such seriously troubling behavior,” Syverud said. Syracuse University is already investigating racist graffiti, including slurs against black and Asian people, found inside a residence hall’s bathroom earlier this month.

The Daily Orange also reported that a “white supremacist manifesto was allegedly AirDropped to students’ cellphones at Bird Library, the Department of Public Safety announced in a campuswide email at 4:12 a.m. However, authorities say there is no evidence that anyone was AirDropped and that the rumor may have been a hoax, reports The Post.

In addition, a 74-page document written by the perpetrator of the March Christchurch mosque shootings posted in a Greekrank.com forum at 10:34 p.m.”  The university’s newspaper, The Daily Orange, reported that the racist manifesto is the same document authored by the suspected New Zealand mosque gunman who live-streamed himself slaughtering 49 people in March.

According to the Associated Press, last year Syracuse University permanently expelled a fraternity and took disciplinary action against several members after videos emerged showing the men laughing and taking part in performances punctuated by racist language against blacks, Jews, and Hispanics and simulating the sexual assault of a disabled person.