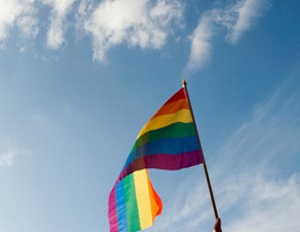 Thanks to a grant from the Human Rights Campaign, the nation’s largest lesbian, gay, bisexual. and transgender civil rights organization, four HBCUS will receive $4,000 to promote and educate their students about the importance of LGBT inclusion.

Directed by Yoruba Richen, The New Black takes a look at how race, faith, identity, and justice played a role in Maryland’s African American community as its members geared up to vote on marriage equality in the 2012 election.

“I’m impressed with the creative and innovative ways the colleges and universities want to use the film to foster awareness of LGBT issues and create more welcoming campuses,â€ Richen said in a news release. “This is exactly the kind of HBCU partnership I envisioned when I made the film, and it is especially meaningful that these fall screenings and events will take place in the South — the cradle of our civil rights movement.â€

The selected universities will integrate the documentary into their classroom curriculum and use it as a platform to hold events and discussions centered on the fight for LGBT rights.

To learn more about The New Black documentary, visit NewBlackFilm.com, and check out the trailer below.