Former President Barack Obama did not hold back in blasting President Donald Trump in a speech with a combination of truth and sarcasm.

Ahead of Thursday’s debate, Obama let out four years of frustration in a scathing attack at a Philadelphia drive-in rally for Joe Biden that is sure to upset Trump. Obama was quick to attack Trump for abandoning the people he was elected to serve.

“He hasn’t shown any interest in doing the work, or helping anybody but himself and his friends, or treating the presidency like a reality show that he can use to get attention and by the way even then his TV ratings are down, so you know that upsets him,” the former president said to the sounds of clapping and horns honking.

Obama also went after Trump’s lackluster coronavirus response which has led to thousands of deaths and months of despair for Americans.

“At least 220,000 Americans have died, more than 100,000 small businesses have closed, millions of jobs are gone, our proud reputation around the world is in tatters,” said Obama. “Presidents usually ask if the country was better off today than it was four years ago, well I tell you one thing, four years ago you would’ve been tailgating here at the Linc (Lincoln Financial Field) instead of watching a speech from your cars.”

Obama’s speech, which was just over half an hour, was a stunning reminder of just how tumultuous and chaotic the past four years have been for Americans. The actions and policies of Trump have sent Americans to the polls early in record numbers to take their frustrations out on politicians.

Florida and South Carolina have already shattered records for early voting and according to ABC News, at least 31 million votes have been cast so far in the election.

Obama also went after Trump for trying to take credit for the economy when things were going well but denying blame for the shape the economy is in now. He also threw in a few digs at the president’s television and social media habits.

“I get that this president wants full credit for the economy he inherited and zero blame for the pandemic that he ignored, but you know what, the job doesn’t work that way,” the former president said. “Tweeting at the television doesn’t fix things, making stuff up doesn’t make people’s lives better.”

Obama continued to attack Trump for his wild conspiracy theories, attacks on journalists and politicians, his inability to believe in climate change, and his business dealings in China.

The speech wasn’t all attacks; Obama also praised Biden and vice presidential nominee Kamala Harris saying, “He and Kamala are going to be in the fight, not for themselves but for every single one of us.”

“Along with the experience to get things done, Joe Biden has concrete plans and policies that will turn our vision of a better, fairer, stronger America into a reality.” 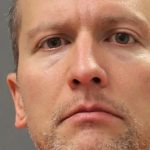 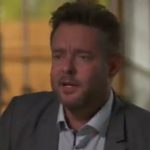