Former NYU Dean in the Running to Become Next Spelman President 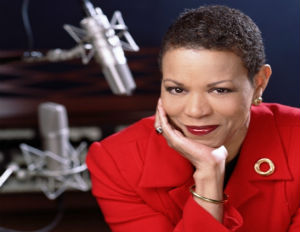 In a letter posted Wednesday from Spelman College’s board of trustees, the all-girls HBCU has named former New York University dean, Mary Schmidt Campbell, Ph.D., as a finalist to be its next president.

Campbell is dean emerita of the Tisch School of the Arts at NYU and has an extensive career background in education, public service and the arts. She was appointed dean of the Tisch School in 1991 and retired from her position in August 2014. Prior to spending more than two decades at NYU, Campbell served as executive director of the Studio Museum in Harlem and was appointed by Mayor Ed Koch to be New York City’s cultural affairs commissioner. In 2009, President Barack Obama made her vice chairwoman of the President’s Committee on the Arts and Humanities. She is a fellow of the American Academy of Arts and Sciences and sits on the boards of The Alfred P. Sloan Foundation and The Public Theater/New York Shakespeare Festival.

Campbell earned a bachelor’s in English literature from Swarthmore College, a master’s in art history from Syracuse University and a Ph.D. in humanities from Syracuse as well. She will be on Spelman’s campus Thursday to meet with faculty, students and alumnae, beginning with a town hall forum at 10 a.m. If approved for the position, she would replace Beverly Tatum , Ph.D., who will retire June 30 after serving more than a decade as president of the HBCU.