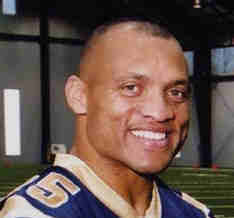 In early December, the Aeneas Williams Dealerships (No. 60 on the BE AUTO DEALERS list with $41.06 million in sales) unexpectedly closed the doors to its Monroe, Louisiana-based Lincoln-Mercury dealership.

“With so many unknown variables surrounding the auto industry, it was clear that the dealership environment was not going to maintain the status quo as in past times. Instead of waiting on the uncertainty, we decided to be proactive by closing the Lincoln–Mercury dealership,” said owner Aeneas Williams in a prepared statement. Williams is a former NFL safety who played for the Arizona Cardinals and the St. Louis Rams. He retired in 2005.

In 2001, the Williams Automotive Group purchased The Honda Store and Monroe Auto World, which carried Lincoln, Mercury, Chrysler, and Plymouth. In 2002, the two dealerships—along with Regency Motors and Toyota of Bastrop—merged to become the Aeneas Williams Dealerships.

But Williams Automotive is not alone. Hiro Mori, director for The Automotive Consulting Group, an Ann Arbor, Michigan-based consulting agency to the automotive world noted that, “Overall, the sales climate for the Detroit Three—GM, Ford, Chrysler—dealers is going down.” Mori attributes the downturn to a “significant number of dealers per square mile.” He also says the image of Lincoln as a luxury brand has diminished. “There is stiff competition from Mercedes and BMW,” Mori says, adding that, “Mercury is not really a luxury brand either. It’s kind of obscure.”

For warranty work or service, customers are being diverted to Northpoint Ford Lincoln Mercury in Bastrop, Louisiana (No. 80 on the BE AUTO DEALERS list with $28.6 million in sales) or to Hixson Autoplex in Monroe, the only Ford dealership in Ouachita Parish. Lincoln and Mercury vehicles are made with Ford parts.

Why You Should See The Great Debaters