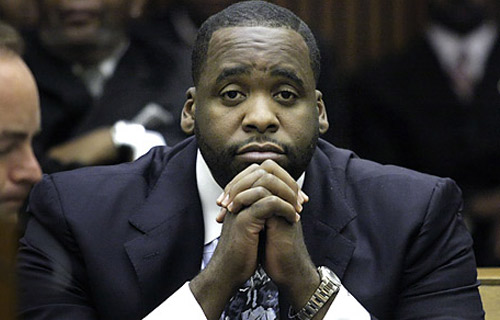 After President Donald Trump went on a pardoning spree the other day, former Detroit Mayor Kwame Kilpatrick is hoping that he can be afforded the same opportunity as those the president has recently approved for prison release, according to The Grio.

Kilpatrick, who was convicted and jailed for multiple public corruption crimes, is currently serving 28 years in prison. He is currently in a federal prison in New Jersey after he was convicted in 2013 of 24 charges including extortion, mail fraud, and tax violations. He has requested a commutation of his prison term from the White House after losing all filed appeals. He maintains that he was wrongfully convicted and railroaded by overzealous prosecutors.

A federal prosecutor is against a release by the president. “So far, Mr. Kilpatrick has shown absolutely no remorse for his crimes. He denies any responsibility for the 24 federal felony offenses of which he was convicted, and he has served only one-quarter of his sentence,” U.S. Attorney Matthew Schneider told the Detroit Free Press one day after Trump granted clemency to 11 convicted criminals.

“My office is willing to provide any assistance to the Pardon Attorney to explain what really happened in Detroit under Mr. Kilpatrick’s watch, and why his conduct justified the sentence he received,” said Schneider, who called Kilpatrick’s 28-year sentence “a fair and just punishment” for the “devastating impact” his crimes had on Detroit. “As the elected mayor, he ran a criminal enterprise that corrupted wide swaths of city government in the early 2000s — at a time when city residents desperately needed honest and effective city services,” Schneider said.

Trump, who has broad clemency powers, granted by the Constitution, granted full pardons to seven people and commuted, or shortened, the sentences of four others.

Kilpatrick had originally sent a letter to Trump last year according to Deadline Detroit. The letter, here, in part:

“Mr. President, I am humbly and respectfully asking that you will extend your heart to me and my family, for another chance at abundant life. I am humbly requesting that you would give me relief from this egregious and unjust federal prison sentence of 28 years. With ONE STROKE OF YOUR PEN, you would give new life, freedom and hope to me, my family, and many who will be served by your gesture of kindness, mercy, and forgiveness. (Clemency Case Number: C199974…KILPATRICK)”. 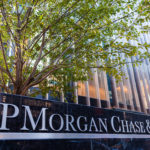 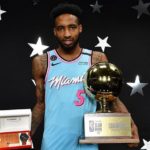