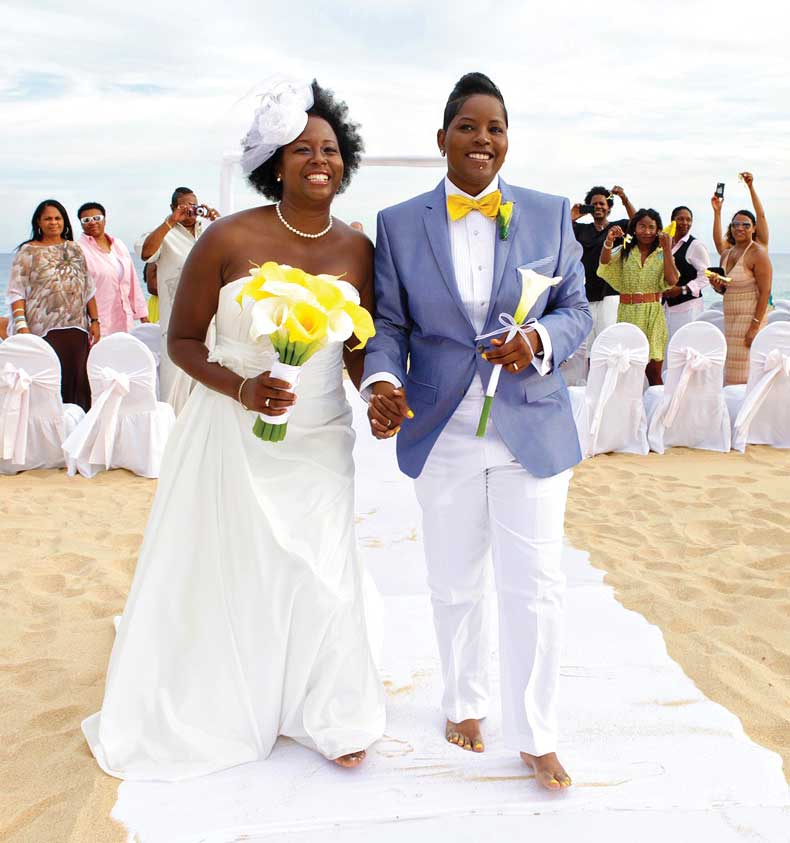 Florida now joins 35 other states in granting same-sex couples the freedom to marry. This action comes after Federal District Court Judge Robert Hinkle ruled last August that Florida’s law barring same-sex couples from marrying violated the equal protection and due process requirements of the U.S. Constitution and stayed his ruling until January 5, 2015. Both the 11th Circuit and the U.S. Supreme Court subsequently denied the State of Florida’s request to extend the stay, which ultimately led to marriage equality as the law of the land in Florida as of Monday.

The National Black Justice Coalition (NBJC), whose mission is to end racism and homophobia, applauds the ruling. “I am so proud that my home state has evolved to truly being the Sunshine State by granting marriage licenses to all couples,â€ said Sharon Lettman-Hicks, NBJC Executive Director and CEO. “So many of my friends and colleagues in Florida are able to marry today and build a more secure life with those they love. This is a momentous day to be a Floridian.â€ Â NBJC is a national civil rights organization dedicated to empowering Black lesbian, gay, bisexual, and transgender (LGBT) people.

Tallahassee (FL) Mayor Andrew Gillum stood up for ‘marriage for all’ and added, “…most of the state of Florida will take a collective step towards complete equality by affording people the right to marry whomever they choose. I am disheartened, however, by the decision of several counties around Florida to discontinue the opportunity for people to have courthouse marriage ceremonies. In light of these unfortunate announcements, I would like to extend an invitation to the loving couples of Duval, Santa Rosa, Okaloosa, Baker, Clay, Pasco, Holmes, Washington, Jackson, Calhoun, Liberty, Franklin, and Wakulla Counties to hold their marriage ceremonies here in the Capital City. I hope that this issue reminds us that love is never wrong, and that equality must continue to be a part of the progress we work to drive in our community, our state, and in our country. As Martin Luther King, Jr. once said, ‘The time is always right to do what is right.’ â€

37% of Americans Say Theyâ€™re Too Broke to Save