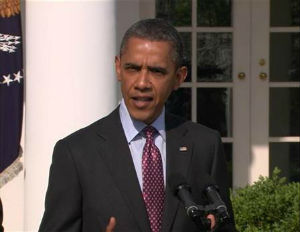 Fitch will become the latest major credit rating agency to downgrade the U.S. credit rating if a deal isn’t reached on the fiscal cliff by the deadline.

The global rating agency repeated its warning from earlier this year — find a solution for this financial dilemma by Jan. 1 or risk having the credit rating drop from its pristine AAA rating.

“If the negotiations on the fiscal cliff and raising the debt ceiling extend into 2013 and appear likely to be prolonged with adverse implications for the economy and financial stability, the U.S. sovereign rating could be subject to review, potentially leading to a negative rating action,” the agency said in a bi-annual report.

This would not be the country’s first time having its credit score slashed. Standard & Poor downgraded the country from AAA to AA+ in 2011 because of the infighting between the political parties. The rating agency did not have faith that the two parties would reach a decision on the debt ceiling, an issue that Republicans are dangling in front of the president. The Republican party has publicly stated that it will probablymaybemostlikely agree to the fiscal cliff terms the president has suggested — particularly increasing taxes on the wealthy, but that he can and should prepare himself for a battle royale over raising the debt ceiling when that deadline approaches in March.

If an agreement isn’t reached, Moody’s may be the next major rating agency to downgrade the country’s credit rating. For more, head to CNN Money.