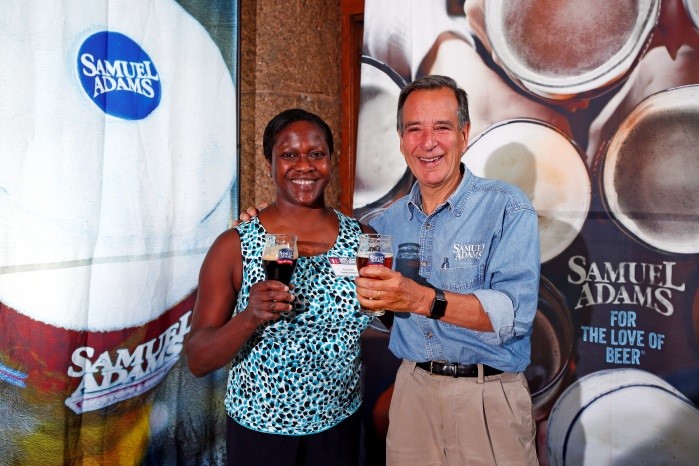 Bev Armstrong is a former biotech executive turned owner of Brazo Fuerte, the first female-owned brewery in Massachusetts. Recently she partnered with Samuel Adams beer—one of the highest-rated beer brands among consumers. We caught up with Armstrong to learn about her journey as well as tips for navigating a mostly white and male-dominated industry.

What inspired you to start brewing beer?

I wanted to solve the problem of not being able to find full-flavored and refreshing beers that my rugby teammates and I could enjoy for several hours after putting in a “hard day’s work” during the game. We also wanted to be able to get up and be productive again the next day! So I started brewing at home because I wanted to make the perfect “post-game” beer, which for me and my colleagues were beers that were full-flavored, sessionable, easy-drinking, and delicious.

What does it mean to have a “sessionable” beer?

Session beers are moderate in alcohol so that you can enjoy them over an extended session of time and continue to be pleasantly social at the end of the night. They’re perfect for the drink-up setting (where you share a beer with your opponents after the game) or professional settings, where you want to enjoy good conversation and a refreshing “hard-earned” beer with friends or colleagues. What makes your beer unique?

From a brewing art standpoint, it’s very difficult to make a beer with moderate alcohol but with bold and yet approachable flavor. Brazo Fuerte also uses organic grains and, in some beers, incorporates organic and fair-trade ingredients in innovative ways, like green tea, cacao nibs, honey, and goji berries. I make the kind of craft beers that have a delicious flavor, that are great with food, and that you can enjoy over a long period without fatiguing your palate. For people who think they don’t like beer or for whom the last beer they had was at a college party, I say try a Brazo Fuerte beer. My Berliner Weisse is particularly great as a substitute for champagne and sparkling wine. It’s slightly tart, spritzy, and refreshing, and great whether you’re at a professional function or poolside.

Tell us about your collaboration with Samuel Adams?

Several years ago I applied for the Sam Adams Brewing the American Dream Program (BTAD), which was started by Boston Beer Co. back in 2008 to help food and beverage entrepreneurs. It also provides coaching, educational opportunities, and loan funding from Accion, a nonprofit lending organization that provides seed loans for early-stage businesses. Then I applied for and won the Brewing the American Dream Business and Brewing Experienceship Award for 2017, which only one brewer wins each year.

From the initial speed-coaching sessions, where Sam Adams makes their own experts available to provide advice to food and beverage entrepreneurs, to the BTAD Business and Brewing Experienceship Program, which comes with mentorship, firsthand experience, and coaching, the BTAD Program has been incredibly helpful to get Brazo Fuerte off the start line and sprinting. I’ve gotten to work directly with Jim Koch on several occasions and it’s really helped shape my business model and refine my brewing.

Founders and brewers in the beer industry have been mostly white and male. How have you been able to navigate a male-dominated industry?

There are definitely challenges and barriers, but navigating a mostly white and male-dominated industry is not a new thing for me. That’s a skill I’ve built just by being an executive in the business world for a couple of decades.

Within the industry, I’ve been amazed by how little it matters if you make great beer and have a commitment to quality. I’m committed to continuing my education about beer and the brewing process. I became a BJCP Certified Beer Judge many years ago and then a Certified Cicerone (the equivalent of a wine sommelier). I’ve also taken professional brewing courses. Finding great mentors and finding the Brewing the American Dream Program have also been great boosts to my confidence. 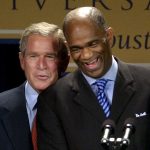